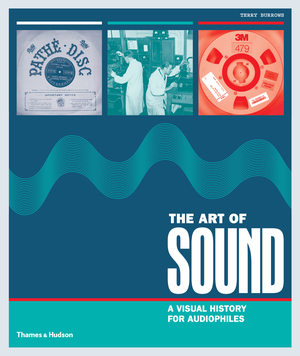 This complete illustrated history of recorded sound reveals the masterful product design behind the evolving technology of sound recording, with specially commissioned photography of iconic, rarely seen artifacts from the collections of the EMI Archive Trust

The Gramophone Company and The Columbia Phonograph Company merged in 1931 to become EMI: the Apple of its day. Organized chronologically, this richly illustrated resource tells the incredible story of the development of sound recording throughout the acoustic era (1877–1925), the electrical era (1925–45), the magnetic era (1945–75), and the digital era (1975–present), and it showcases specially commissioned photography of the beautiful, iconic, and rarely seen objects housed within the diverse collections of the EMI Archive Trust.

Recording equipment, playback devices, catalogues, artist files, records, master tapes, radios, and televisions are all here, accompanied by obsessively detailed specifications and intriguing archival photographs. Interspersed with the images, in-depth texts tell the complete stories of the pioneering advances in the evolution of sound technology, from the invention of the “Gramophone” method to the development of electronic signal amplifiers, and from the arrival of magnetic tape recording to the advent of CDs and the dawn of the digital age.

A beautifully illustrated history of sound recording, reproduction devices, and processes from the 1857 phonautograph to the present day's streaming audio. This predominately visual book is eye candy for the audiophile, but will be of interest to scholars of the material culture of sound, audio historians, collectors, and any individual interested in the history and technology of recording. Recommended.

Designers and pop culture aficionados will appreciate this rich tale of how recorded music was marketed… The Art of Sound is a singular and comprehensive history that makes visual the capturing and playback of sound, a fitting tribute to those earliest recordings made by marks warbling through soot.