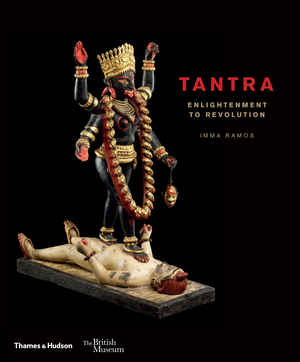 A captivating study of the ancient Indian movement that has influenced and intrigued the world for more than a millennium.

The Tantras, a set of sacred manuscripts that emerged in India from around the sixth century CE, detail rituals for attracting spiritual, worldly, and supernatural power. These rituals, which focus on the power of fierce gods and goddesses and center around yoga, self-deification, sexual rites, and the consumption of intoxicants, became an integral part of the meditations and philosophical practices of Tantric Hinduism and Buddhism.

This book examines the philosophies, core beliefs, and artistic expressions of Tantra, and its impact on religious, cultural, and political landscapes across the globe. In tracing the history of the movement, author Imma Ramos reveals Tantra’s origins and continued relevance in India, as well as its redefinition as it was adopted by Western popular culture during the 1960s.

Tantra: enlightenment to revolution accompanies a major exhibition at the British Museum, and is illustrated extensively with masterpieces of sculpture, painting, print, and ritual objects from India, Nepal, Tibet, China, Japan, the United Kingdom, and the United States, dating as far back as the eighth century CE.

Imma Ramos is a curator of the South Asia collections at the British Museum.