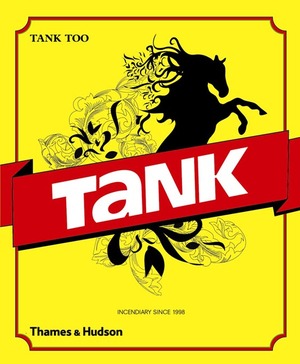 Showcasing the best and brightest young photographers, illustrators, and stylists that have graced the large-format Tank magazine since 2002.

Since its inception in 1998, Tank magazine has been at the vanguard of fashion publishing. Initially published in a small-format "bookzine," it signaled a new era of the small print-run, highly tailored style publishing that was innovative in both its experimental art direction and design and its introduction of photojournalism and fine art. Such is its influence that the magazine was exhibited in the Museum of Modern Art's first exhibition devoted exclusively to fashion photography in the summer of 2004.

Tank magazine has cult appeal, shapes tastes, and dares to be resolutely different. The successful first Tank book featured the highlights of the magazine's first three years and has become a standard resource for talent scouts. This second chapter in the Tank phenomenon lends even greater credibility to the magazine's canny ability to point to fashion's future.