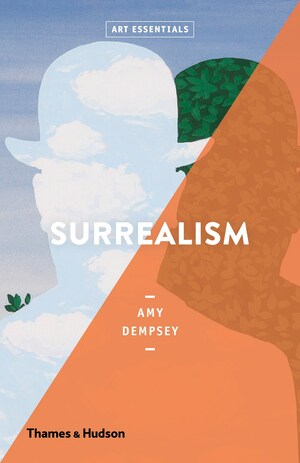 An incisive overview of surrealism, introducing the movement’s key artists and enduring concepts as well as tracing its precursors and continuing influence.

Surrealism was launched as a literary and artistic movement by French poet Andre´ Breton in 1924, and by the time of his death in 1966 it had become one of the most popular and recognizable art movements of the twentieth century.

Contrary to common belief, surrealism was created in contrast to the chaos and spontaneity of Dada. Surrealism was a highly organized movement with doctrinaire theories that helped it spread to all corners of the globe, until its very name had entered everyday usage as a synonym for the bizarre.

Taking the reader on a narrative journey beyond such obvious surrealist stars as Salvador Dali´, Surrealism is a digestible introduction to the movement’s key figures as well as their works and where to find them. Complete with a glossary of key terms and chronology, this new addition to the Art Essentials series provides an indispensable resource for anyone interested in learning about this influential and wonderfully idiosyncratic style in art.

Amy Dempsey is an art historian who studied under Rosalind Krauss at Hunter College in New York and received her doctorate from the Courtauld Institute of Art in London. A fellow of the Royal Society of Arts, Dempsey has contributed to a number of museum catalogs and is the author of Styles, Schools and Movements and two other titles in the Art Essentials series, Modern Art and Surrealism.