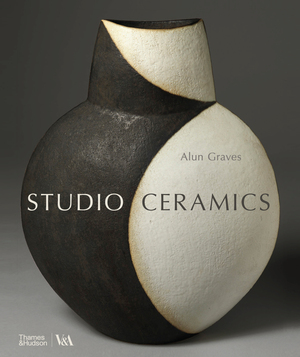 Contemporary ceramicists working in Britain, including Rachel Kneebone, Grayson Perry, and Edmund de Waal, are part of a broader international group of artists experimenting with clay, considering how it intersects and works in dialogue with other art forms and culture at large. Recent experimentation with the medium owes much to the rapid evolutionof ceramics into an expanded field, and to the work of mid- to late 20th-century potters and their reinvention of ceramics as a radical and contemporary art practice. The pioneering methods and rethinking of form in the work of exponents such as Bernard Leach, Michael Cardew, Lucie Rie, Hans Coper, and Alan Caiger-Smith—whose reference points were drawn from East Asia, Africa, the ancient Mediterranean, and the Middle East as much as from their own heritage—continue to influence and inspire contemporary makers.

In his introductory essay, Alun Graves provides all lovers of ceramics—collectors, practitioners, historians, and those interestedin modern and contemporary art and crafts—with historical context, documenting the medium’s shift into an expressive, and sometimes interventionist, art form. A visual chronology and subsequent A-Z of artists feature illustrated biographical entries on almost 300 major British ceramicists since 1900.

Alun Graves is Senior Curator, Ceramics and Glass 1900-now, in the Department of Decorative Art and Sculpture at the Victoria and Albert Museum, London. He has written widely on 20th- and 21st-century British ceramics and sculpture, contributing to a variety of journals, collected papers and exhibition catalogs. He has curated many exhibitions and displays, including Simon Carroll: Expressionist Potter (2014-15), Barnaby Barford: The Tower of Babel (2015), and Alison Britton: Content and Form (2016).