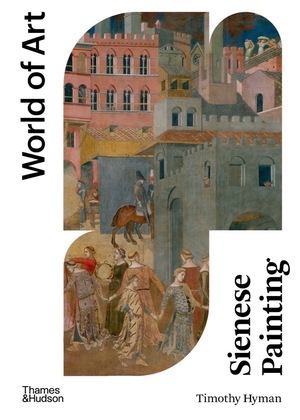 For two centuries, the city-republic of Siena was home to a brilliant succession of painters who produced some of the greatest masterpieces of all time. This overview by Timothy Hyman is an essential introduction to this extraordinary artistic tradition. Taking a broadly chronological approach, it moves from the fourteenth-century Siena of Duccio, Simone Martini, and the Lorenzetti brothers to the fifteenth-century city of Sassetta and Giovanni di Paolo.

Hyman combines perceptive visual analysis of the distinctive styles and conventions of Sienese painting with clear explanations of traditional techniques, such as fresco and tempera. The works are also placed in their social and religious context through discussion of Siena’s system of government, its civic consciousness, the importance of the Franciscan movement, and the cults of local saints.

An accomplished writer, curator, and practicing artist, Hyman brings his breadth of knowledge, experience, and personal enthusiasm to this brilliant, extensively illustrated, and newly revised overview of Sienese art.

A work of enthralled advocacy.

Required reading for anyone visiting the city.

Timothy Hyman is a writer on art and a painter. He was elected a Royal Academician in 2011 and is an honorary research fellow at University College London. He has exhibited widely and his work is in many public collections, including the British Museum, the Los Angeles County Museum of Art, and the Deutsche Bank Collection. He was lead curator of Tate Britain’s major Stanley Spencer retrospective in 2001 and has written a pioneering monograph on Bhupen Khakhar. His articles have appeared in the Times Literary Supplement and the London Magazine, and he is the author of Bonnard and The World New Made: Figurative Painting in the Twentieth Century.