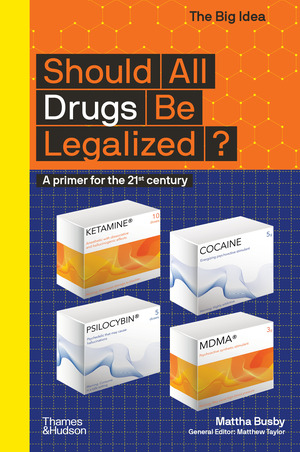 The Big Idea series looks at the use of drugs in human society in this timely reexamination of the debate over the legalization of drugs.

Combining a unique visual approach with carefully constructed narrative text, this entry in the Big Idea series provides a survey of the history of drug use, a review of the impact of the War on Drugs, an appraisal of the effects of legal versus illegal drugs, and an evaluation of the impact of the decriminalization of drugs.

According to archaeological and historical records, ethanol in the form of beer in Sumer and wine in Egypt were first used recreationally at least thirteen thousand years ago, while psychotropic drugs have been used for thousands of years, mainly for religious purposes. This book sets out the history of the use of drugs since the Neolithic age, and explores the evolution of recreational drug use from the mid-eighteenth century on. It considers the danger and social impact of heavy use of legal alcohol or nicotine in contrast to the hazards to health and society associated with illegal drugs. It evaluates the effects of the fifty-year global War on Drugs on the criminal production and trafficking of drugs on the black market and on the abuse, health, and imprisonment of end users. Finally, it argues for the decriminalization of all drugs and the state regulation of the drug market, with suitable controls and regulation for each drug type.

A graphic-rich book whose title thesis is asked and answered in a cogent narrative… Tinged with plenty of nuance.

A brisk and informative introduction to the case for decriminalizing drugs… [Busby] builds a convincing case that the current system is not working. Enriched by vibrant photographs and plenty of statistical and anecdotal evidence, this is an invigorating argument for rethinking humankind's relationship with mind-altering substances.

Mattha Busby is a freelance journalist with a keen interest in health, human rights, and the environment. He writes regularly for The Guardian and The Independent.