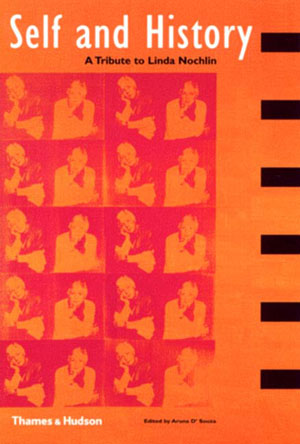 A collection of fourteen essays originally presented at a conference honoring pioneering feminist art historian Linda Nochlin. A number of today’s most prominent historians of modern art and visual culture address here the intersection of subjectivity and politics, reflecting the critical influence that Linda Nochlin has had upon the most advanced thought in art history today. From Ewa Lajer-Burcharth’s discussion of the eighteenth-century erotic architecture of Jean-Jacques Lequeu to Rosalind Krauss’s essay on Pablo Picasso and Joan Miro, from Abigail Solomon-Godeau’s reexamination of the concept of realism in art to Molly Nesbit’s reflections on Rachel Whiteread’s Water Tower, the range of studies in this volume will be of interest to all who have been impressed by Nochlin’s varied approaches to the visual world. Included as well is an interview with Nochlin by Moira Roth, an essay by Robert Rosenblum on his long intellectual friendship with Nochlin, a complete bibliography of Nochlin’s work, and an afterword by Nochlin herself. The essays in this volume represent original and innovative research in the fields of art history and visual culture, and include: Carol Duncan, “John Cotton Dana’s Progressive Museum”; Kenneth Silver, “The Heroism of Understatement: The Ideological Machinery of La Fresnaye’s Conquest of the Air”; Eunice Lipton, “Kouroi and Communists: A Memoir of the Spanish Civil War”; Tamar Garb, “Framing Femininity in Manet’s Portrait of Mlle E. G.”; Stephen Eisenman, “Identity and Non-Identity in Gauguin’s Te nave nave fenua”; John Goodman, “Identity and Lubricity”; Robert Simon, “Tales of Blood: Gericault and Popular Imagery”; and Carol Ockman, “Women, Icons, and Power.” 102 b/w illustrations.