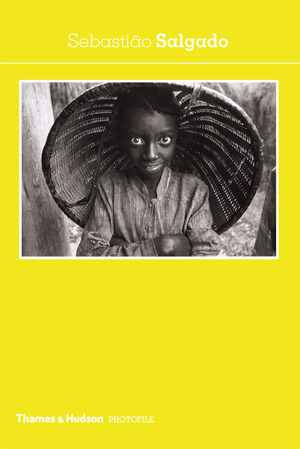 His images of the Sahel famine and his colossal project Workers would be enough to make his reputation and justify all the awards he has received. But there is more.

A native of Brazil, trained as an economist, Sebastiao Salgado has shown a constant faith in mankind, a solidarity that never wavers or flinches in the face of pan, an ability to analyze extreme situations, a fierce drive to affirm what he truly is, a humanist photographer.

About the series: The classic Photofile series brings together the best work of the world’s greatest photographers in an attractive format and at a reasonable price. Handsome and collectible, the books are produced to the highest standards. Each volume contains some sixty full-page photographs in duotone and/or color, plus an introduction and a bibliography. Now back in print, the series was awarded the first annual prize for distinguished photographic books by the International Center of Photography.

Christian Caujolle studied in Paris with Michel Foucault, Roland Barthes, and Pierre Bourdieu. He worked as Picture Director at Libération before founding the VU’ photo agency in 1986.