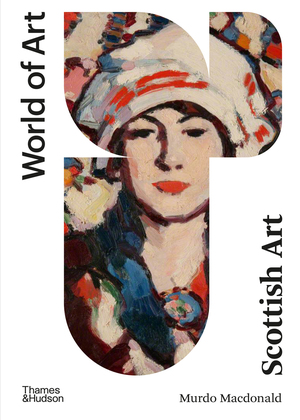 At a time when issues of Scottish identity are the subject of fierce debate, Murdo Macdonald illuminates Scotland’s artistic past and present in this classic text in the World of Art series. Ranging from Neolithic standing stones and the art of the Picts and Gaels to Reformation and Enlightenment art and major figures in the contemporary art scene, Scottish Art explores the distinctive characteristics of Scottish art through the centuries. It examines the cultural heritage and intricate patterns of Celtic design, the importance of Highland and coastal landscapes, long-standing connections between French and Scottish artists, and how each of these factors influenced the development of art in Scotland.

This new edition includes more than 200 full-color images of Scottish art from prehistoric times to the present. With masterpieces from artists such as Charles Rennie Mackintosh and Joan Eardley, this book is a thorough, authoritative, and accessible introduction to Scottish art.

Murdo Macdonald is an emeritus professor of the history of Scottish art at the University of Dundee. He is the former editor of the Edinburgh Review, and he was appointed an honorary member of the Royal Scottish Academy of Art and Architecture and an honorary fellow of the Association for Scottish Literary Studies.