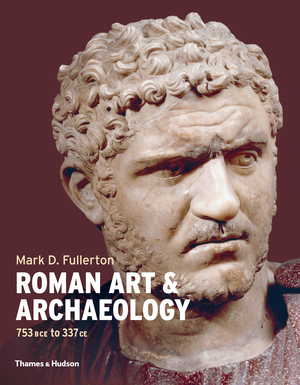 The art of the Roman empire, in social and political context

This new survey makes sense of Roman art by placing works in their full historical context—showing students not only how but also why art was used in Roman society and politics (such as wealthy Romans sponsoring public projects to promote themselves). The book breaks new ground by devoting chapters to art from the provinces, rather than focusing solely on Rome itself. Mark Fullerton provides the most in-depth look at Roman art from across the empire, connecting Roman art to the Mediterranean and the wider world.

Mark Fullerton is Professor of History of Art and Classics at Ohio State University. He has held positions in the Archaeological Institute of America and the American School of Classical Studies in Athens and is author of Greek Sculpture (Wiley-Blackwell), Greek Art (Cambridge University Press) and co-editor of Ancient Art and Its Historiography (CUP).