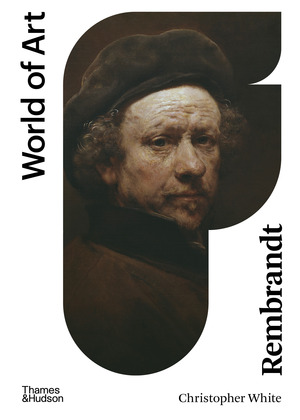 Rembrandt is among the few old masters to retain universal appeal among art lovers today. His striking self-portraits and scenes are on view at museums around the world—yet he remains an elusive, enigmatic figure.

In Rembrandt, distinguished art historian Christopher White carefully considers Rembrandt’s history to build a sensitive and thorough account of the artist’s life and work. White describes the radiant happiness of Rembrandt’s marriage, tragically cut short by the death of his wife, and discusses the catastrophe of his bankruptcy. Digging deeper, White also explores the psychological factors that may have awakened Rembrandt’s sudden interest in landscape and examines the artist’s final decade, when he retreated into the private world of his imagination.

This comprehensive introduction is revised and updated to include recent scholarship and features an expanded bibliography. In this stunning new edition, Rembrandt’s artworks are now faithfully reproduced in color throughout.

A vivid, unsentimental biography …an admirable introduction to his paintings …astonishingly well illustrated.

Christopher White was director of the Ashmolean Museum 1985-1997, and is an emeritus fellow at Worcester College, Oxford. He began his career in the department of prints and drawings at the British Museum, London, and has since held the posts of curator of graphic arts at the National Gallery of Art, Washington, and director of studies at the Paul Mellon Centre for Studies in British Art. He has written widely on Dutch art, particularly on Rembrandt, and is also the author of books on Peter Paul Rubens, Anthony van Dyck, Albrecht Dürer, and the English landscape.