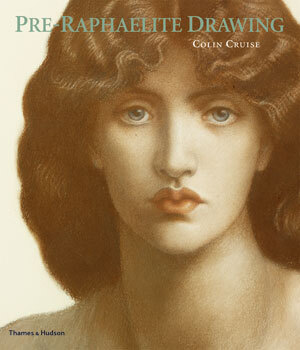 A comprehensive and superbly illustrated study that reveals for the first time how drawing was central to the activity of making art for the Pre-Raphaelites.

The Pre-Raphaelite Brotherhood was a group of radical young artists who banded together in London in 1848. This book explores the vital role played by drawing and design in the work of the Brotherhood and their associates and followers. Alongside nudes and figure studies are the group’s portraits, self-portraits, and caricatures that were often exchanged as gifts between friends; delicate studies of nature by John Ruskin and John Brett; scenes derived from religious, literary, and medieval sources; captivating studies of the iconic Pre-Raphaelite models Lizzie Siddal and Jane Morris; and original designs for stained glass, textiles, and ceramics.

The book explores the full variety of Pre-Raphaelite drawing and demonstrates the impact that it had on turn-of-the-century British art movements such as Aestheticism, Symbolism, and Art Nouveau. Illustrated with the most important Pre-Raphaelite drawings from public and private collections in Britain—including striking works by Dante Gabriel Rossetti, William Holman Hunt, and Edward Burne- Jones that have never before been exhibited or reproduced—it offers an intimate look into the enchanting world of the Pre-Raphaelites.

Colin Cruise has lectured and published widely on Victorian art, literature, and religion. Since 2006 he has been a research lecturer at the School of Art, Aberystwyth University, Wales.