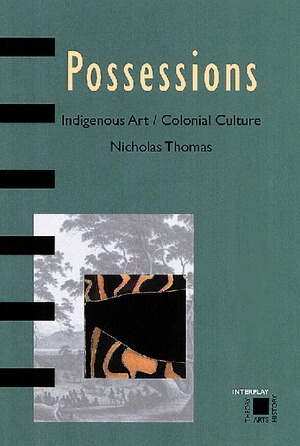 Tribal art has been one of the greatest inspirations for twentieth-century Western artists. Picasso, Matisse, Ernst, and Brancusi responded in unforgettable ways to masks, sculpture, and other forms of indigenous African, Oceanic, and American art. The politics of this relationship have long been a matter of contention: is it a cross-cultural discovery to be celebrated, or just one more example of Western colonial appropriation? This revelatory book looks at the distinctive situation of the settler society—countries in which large numbers of Europeans have displaced, outnumbered, but never entirely eclipsed native peoples. In this dynamic of dispossession and resistance, settler artists and designers have drawn on tribal motifs and styles, while powerful indigenous art traditions have been used to assert the presence of native peoples and their claim to sovereignty. Cultural exchange proves to be a two-way process, and an unpredictable one: much contemporary indigenous art draws on modern Western art, while affirming ancestral values and rejecting the European appropriation of tribal cultures.

Nicholas Thomas is the author of the Wolfson History Prize-winning Islanders: The Pacific in the Age of Empire, and numerous books on art and cross-cultural encounter. He is Director of the Museum of Archaeology and Anthropology in Cambridge, and also Professor of Historical Anthropology at the University of Cambridge.