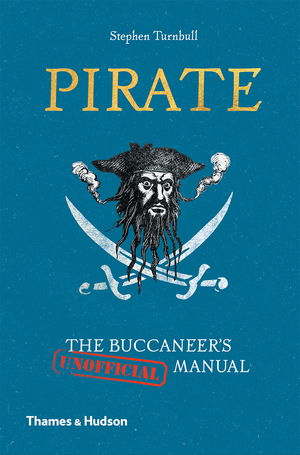 A lively yet historically accurate guide: how to dress like a pirate, what to expect of life on the high seas, and how to capture treasure

Pirate: The Buccaneer’s (Unofficial) Manual is a witty, informative, and highly entertaining guide to how to be a pirate, combining historical accuracy with an irreverent but revealing look at the eighteenth-century world of piracy and buccaneering. Included are chapters on the history of piracy, stretching back to ancient Greece and Rome; essentials of language and dress; notable pirate role models, including Blackbeard and Captain Kidd; what to expect of life at sea; the best weapons to have; how to capture a prize on the high seas and much more.

Author Stephen Turnbull has studied the archives and traveled to pirate locations around the world in researching this fictionalized account, written as a pirate’s training manual for a young recruit based in the year 1793—a golden age for piracy. Illustrated throughout with artifacts, documents, and prints of the time as well as modern reconstructions, this lively and engaging manual provides answers to all the questions readers may have wondered about—did they really walk the plank, keep parrots, or bury treasure and mark it with an X on the map? Pirate: The Buccaneer’s (Unofficial) Manual answers these questions and more, covering with authority every aspect of what it was really like to be a pirate.

Stephen Turnbull is a writer and historian specializing in military history, particularly that of Japan. He is a lecturer on Japanese religion at Leeds University and a visiting professor of Japanese studies at Akita International University in Japan. He is the author of many other books on Japan and warriors, including Samurai: The Japanese Warrior’s (Unofficial) Manual, and he presented the inaugural lecture for the International Ninja Research Center at Mie University, Japan.