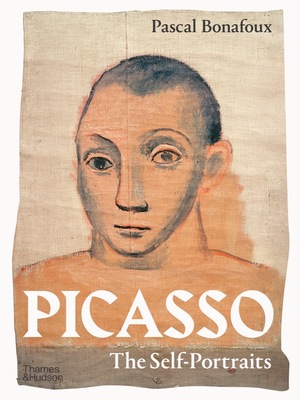 Pablo Picasso’s life and art has been depicted in monographs, biographies, and movies, but until now his self-portraits as a body of work have not received the focus they deserve. Picasso represented himself ceaselessly throughout his long career, whether in a dashed-off pencil sketch, as a flourish at the bottom of a letter, or on a giant painted canvas.

At the suggestion of Picasso’s widow Jacqueline, the distinguished art historian Pascal Bonafoux began studying Picasso’s self-portraits more than forty years ago. This meticulously researched book presents the fruits of his decades-long project. From the first self-portrait attributed to Picasso in 1894, when he was a thirteen-year-old boy, until his final self- portrait in 1972, a year before his death, Bonafoux charts the evolution of the artist’s life and art. Here is Picasso as a student; as a young bohemian; as an impetuous artist in Paris; as harlequin; as lover, husband, and father; and finally, as an old man confronting his mortality. The book comprises approximately 170 drawings, paintings, and photographs, some from private collections and previously unpublished, bringing together for the first time the self-portraits of this genius of twentieth-century art.

Pascal Bonafoux is a French writer, novelist, art critic, and art historian, specializing in self-portraiture. He is the author of many books, including Rodin & Eros.