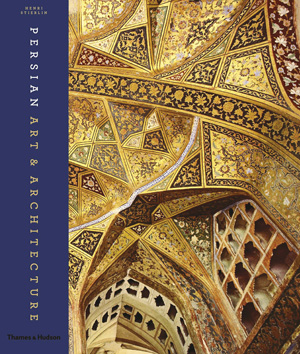 From monumental architecture to miniature paintings, sumptuous carpets, and ceramics: the decorative profusion of the arts of Persia captured in glorious detail through hundreds of color photographs

Persian art and architecture have a rich heritage that stretches far beyond the borders of modern-day Iran, from the Abbasid monuments of Baghdad to the splendid Timurid buildings of Samarqand and Bukhara. When the ancient land of Persia was conquered by the Arabs, its people embraced Islam but strove also to retain their own language and culture. The merging of influences resulted in a distinctive artistic style that spread through the Middle East. This book follows a historical path across the Iranian world and examines the artistic legacies of great rulers and their dynasties, from the rebirth of Persian art under the Seljuqs to the magnificent structures built by Timur-i Lang in Samarqand and the cultural flowering that occurred under the Safavid dynasty and beyond. Palaces, mosques, madrasas, and mausoleums display a mesmerizing decorative complexity, with form and ornament combining to create an indivisible whole. Spectacular polychrome tiles, intricate brickwork, curling arabesque motifs, and calligraphic inscriptions attain a transcendent beauty, designed to reflect both the temporal power of the rulers who commissioned them and the heavenly glory of creation.

Henri Stierlin is a renowned architectural historian and author with a special interest in Islamic culture. His many previous books include Islamic Art and Architecture (978-0-500-51100-8).