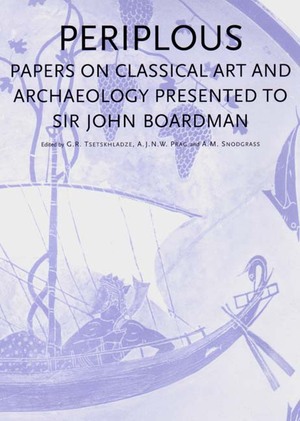 The idea of circumnavigation suggested by the title of this volume of essays presented to one of the world's leading Classical archaeologists conjures up the sense of excitement associated with a voyage of discovery. Over forty friends and former doctoral students whose work was supervised by John Boardman during his time as Lincoln Professor of Classical Archaeology and Art at Oxford University (1978-1994) have contributed essays on topics close to his heart. Now holding academic posts worldwide, they all recall with pleasure the enthusiasm and encouragement of their former teacher, whose range of publications on the art of ancient Greece is second to none. John Boardman has been widely honored for his original contributions to the field of scholarship. Now officially retired, he still maintains a lively interest in all new developments in his chosen field.