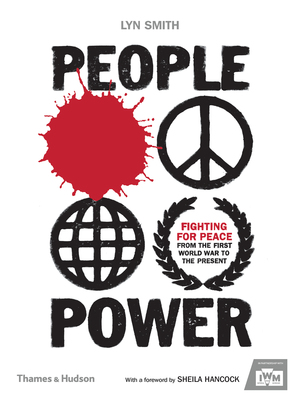 People Power charts the history of the antiwar movement in the United Kingdom from the outbreak of the First World War to present-day conflicts in the Middle East, telling the story of conscientious objectors and others who have been engaged in protest over the past century. Drawing on testimonies from the Imperial War Museum’s vast collection of recordings and documents, the book gives voice to contributors from different backgrounds and explores their wide-ranging reasons for opposing war, as well as the changes and continuity in the movement throughout these years of almost continuous conflict. The book explores the role of key organizations within the movement and tells the personal stories of high-profile individuals, including Sylvia Pankhurst, A. A. Milne, and Vanessa Redgrave, who stood out against conflict.

Accompanying a major exhibition at the Imperial War Museum London in 2017, People Power provides an important and compelling look at the most divisive of human undertakings and is an essential part of understanding war as it exists today.

Lyn Smith is a university lecturer who has taught a variety of subjects at institutions such as Sussex University and Webster University. She has extensive experience as an oral-history interviewer and has worked with the IWM since 1979. She is the author of several books, including Pacifists in Action, Forgotten Voices of the Holocaust, Young Voices, and Voices Against War. She is the advisor for the IWM’s “Peace and Protest” exhibition.