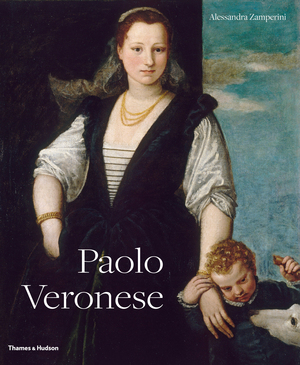 A glorious survey of the work of Paolo Veronese, one of the most prolific and successful painters of the Italian late Renaissance

Veronese was born in Verona in 1528 and earned his fame in Venice. Together with Titian and Tintoretto, he is associated with some of the greatest Venetian art of the sixteenth century.

Working in a dynamic Mannerist style early in his career, Veronese quickly gained a reputation for his dignified depictions of classical elegance and grandeur. Known for his enormous feast scenes, frescoes, and ceiling paintings, Veronese refined the use of color to enhance his illusionist effects: he has been called the greatest colorist who ever lived.

In Venice, Veronese's mural and ceiling decorations for the Church of San Sebastiano, the Doge's Palace, and the Marciana Library earned him early acclaim. His later work became sought more widely: Velázquez purchased two mythologies for the Spanish Royal Collection. His The Wedding at Cana and The Feast in the House of Levi are among his best-known masterpieces.

This volume provides a sumptuous visual introduction to Veronese's oeuvre, with a concise and readable text that reasserts the place of one of the most cultivated and influential artists of the Renaissance.

The only recent overview of Veronese's career in English …valuable for its large-scale color illustrations of Veronese's paintings and those of his contemporaries. Gives readers a sense of the coloristic and painterly impact of 16th-century Venetian painting…Recommended.

Alessandra Zamperini completed her doctorate at the University of Verona. She has written widely on Italian art history from the fifteenth, sixteenth, and seventeenth centuries.