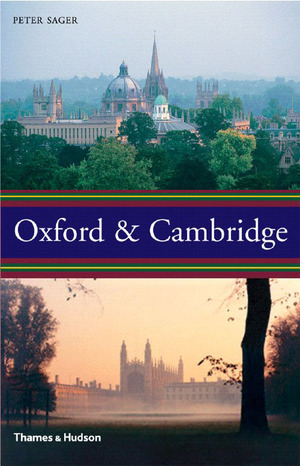 A witty and detailed map of Oxbridge, presented through an encyclopaedic treasure trove of facts, figures, and anecdotes.

"If Oxford were not the finest thing in England," wrote Henry James, "the case would be clearer for Cambridge." No other private institutions have had a greater impact on England'sand, at times, worldhistory, yet in different ways. Oxford has spawned more prime ministers, Cambridge more Nobel laureates. In Oxford, so it is said, things are brilliantly formulated; in Cambridge, they are seriously thought through.

Ever since the Victorian novelist William Thackeray invented a mythical "Oxbridge," these two very distinctive institutions have increasingly presented a common face to the world, a homogeneous elite whose sense of duty has been surpassed only by its self-confidence. For almost 800 years, the twin capitals of the intellectual life of England have radiated their influence across the globe: not just political leaders, but the best spies Communism could recruit; not just church leaders, but the great heretics and reformers; and writers, scientists, and scholars of every description.

Peter Sager roams through the idyllic gardens and courtyards of Oxbridge, uncovers the secrets that lie behind the college gates, and supports his literary journey with color photographs and maps, a glossary, a list of useful addresses, and a guide to further reading. Oxford & Cambridge is a unique combination of travel guide, history, biography, and psychoanalysis of two towns that are not just places but states of mind. 63 illustrations, 47 in color.