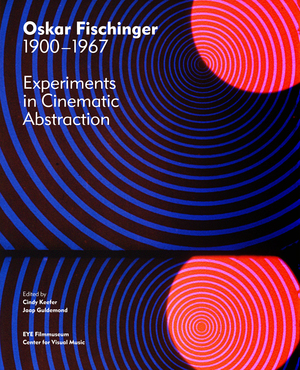 The German-American filmmaker Oskar Fischinger is one of the main protagonists in the history of animation and abstract cinema. From the 1920s onward, this pioneer of visual music coupled abstract images with music and rhythms, long before the arrival of the music video.


Fischinger was a true virtuoso who created complex animated patterns that develop dynamic rhythms, harmonies, and counterpoints. He played an important and influential role in the development of early abstraction in film during the interwar period, amid artistic movements such as Orphism (Kupka, Delaunay), Neo-Plasticism (Mondrian, Van Doesburg), Suprematism (Melevich), and Futurism (Marinetti, Boccioni).

In 1926 he began working with multiple-projector performances, creating some of the earliest cinematic immersive environments. The book examines his animation and painting, his use of music, his experiences in Hollywood, and his influence on today’s filmmakers, artists, and animators, and features previously unpublished documents including essays by Fischinger himself.

Cindy Keefer is Director of the Center for Visual Music in Los Angeles.

Jaap Gundemond is Director of Exhibitions at EYE Filmmuseum in Amsterdam.