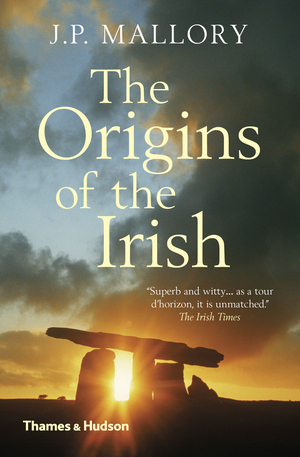 “This major achievement is the best, most gracefully written new study of earliest Ireland… Mallory bravely ponders: how much of Irish culture was a local invention and how much was influenced by neighbors, especially Britain . . . Essential.”—Choice

About eighty million people today can trace their descent back to the occupants of Ireland. But where did the occupants of the island themselves come from and what do we even mean by “Irish” in the first place?

This is the first major attempt to deal with the core issues of how the Irish came into being. J. P. Mallory emphasizes that the Irish did not have a single origin, but are a product of multiple influences that can only be tracked by employing the disciplines of archaeology, genetics, geology, linguistics, and mythology.

Beginning with the collision that fused the two halves of Ireland together, the book traces Ireland’s long journey through space and time to become an island. The origins of its first farmers and their monumental impact on the island is followed by an exploration of how metallurgists in copper, bronze, and iron brought Ireland into increasingly wider orbits of European culture. Assessments of traditional explanations of Irish origins are combined with the very latest genetic research into the biological origins of the Irish.

J.P. Mallory is an Irish-American archaeologist, a world expert on ancient linguistics, and Emeritus Professor at Queen’s University Belfast. He is the author of In Search of the Indo-Europeans, and coauthor of The Tarim Mummies. He lives in Belfast.