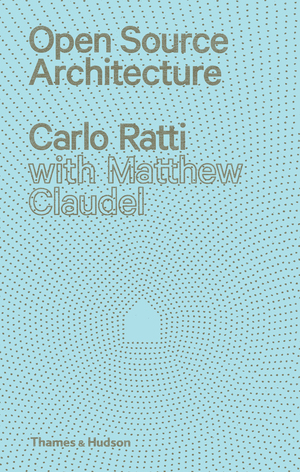 Open Source Architecture is a visionary manifesto for the architecture of tomorrow that argues for a paradigm shift from architecture as a means of supporting the ego-fueled grand visions of “starchitects” to a collaborative, inclusive, network-driven process inspired by twenty-first-century trends such as crowd-sourcing, open access, and mass customization. The question is how collaborative design can avoid becoming design-by-committee. Authors Carlo Ratti and Matthew Claudel
navigate this topic nimbly in chapters such as “Why It Did Not Work” and “Learning from the Network.”

They also meet the essential requirement of any manifesto, considering the applications of open-source architecture not only conceptually but also in practice, in chapters such as “Open Source Gets Physical” and “Building Harmonies.” Open Source Architecture is an important new work on the frontlines of architectural thought and practice.

This provocative look at the past and present of urban design urges architects to tap into crowdsourcing and open-access networks…Suggests that democratic architecture is finally translatable to practice—not just a utopian theory—as it traces parallels to other forms of infrastructure that have moved in this direction. This literary collaboration between Ratti and Claudel is an inspiring call for more inclusion in future creative practices.

Carlo Ratti is an architect, engineer, educator, and activist based in Turin and Boston, where he directs MIT’s SENSEable City Lab. His writings appear frequently in both design and cultural publications, and his experimental and architectural work has been exhibited around the world at venues such as the Design Museum Barcelona, the Science Museum in London, GAFTA in San Francisco, the Museum of Modern Art in New York, and as part of the Venice Biennale.

Matthew Claudel is a research fellow at the MIT SENSEable City Lab.