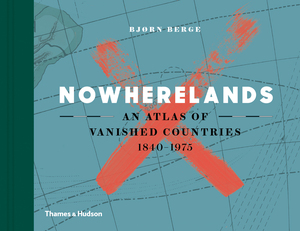 A refreshingly original history of the lost countries of the nineteenth and twentieth centuries, examined and illustrated with the countries’ postage stamps

These are the stories of fifty countries that once existed but have now have been erased from the map. Varying vastly in size and shape, location and longevity, they are united by one fact: all of them endured long enough to issue their own stamps.

Some of their names, such as Biafra or New Brunswick, will be relatively familiar. Others, such as Labuan, Tannu Tuva, and Inini, are far less recognizable. But all of these lost nations have stories to tell, whether they were as short- lived as Eastern Karelia, which lasted only a few weeks during the Soviet– Finnish War of 1922, or as long- lasting as the Orange Free State, a Boer Republic that celebrated fifty years as an independent state in the late 1800s. Their broad spectrum reflects the entire history of the nineteenth and twentieth centuries, with its ideologies, imperialism, waves of immigration, and conflicts both major and minor.

The motifs and symbols chosen for stamps have always served as a form of national self- presentation, an expression of the aims and ambitions of the ruling authorities. Drawing on fiction and eye- witness accounts as well as historical sources, Bjorn Berge’s witty text casts an unconventional eye on these lesser- known nations. Nowherelands is a different kind of history book that will intrigue anyone keen to understand what makes a nation a nation.

This is a fascinating book written by an architect…Bjorn Berge's witty text casts an unconventional eye on these lesser-known nations.

Unique and very special, Nowherelands: An Atlas of Vanished Countries 1840-1975 is a different kind of history book that will have an immense appeal for history buffs, postage stamp collectors, and political science students. Exceptionally well researched, written, organized and presented, Nowherelands is certain to be [an] extraordinary, unusual, and popular addition to both community and academic library World History collections and supplemental studies reading lists.

Bjorn Berge is an architect, researcher, and writer.