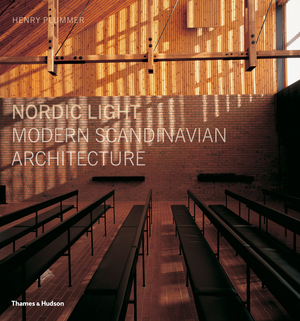 Imparts a true sense of the magical light that has shaped great buildings in Denmark, Finland, Norway, and Sweden

The quality of light in the higher latitudes has given rise to some of the most important and influential architecture of the modern period. In the Scandinavian countries, in particular, the ethereal nature of light combined with natural resources and highly refined building techniques, not to mention the stark seasonal contrast between the scarcity of light in winter and the ever-present glow of long summer days, have provided the context for architectural acts of genius.

This book celebrates established icons, newly discovered gems, and contemporary masterworks that represent the highest expression of Scandinavian design and response to the environment. Just under fifty projects are featured in detail, ordered according to the way in which different light conditions have imparted qualities to the buildings. Henry Plummer treats his subject with a uniquely authoritative perspective in which the words resonate with his artfully taken images.

Henry Plummer is Professor Emeritus of Architecture at the University of Illinois at Urbana-Champaign. He received his M.Arch from MIT, studied light-art with György Kepes, and was a photographic apprentice to Minor White. He is the author of numerous books on the art of light in architecture, including The Architecture of Natural Light and Nordic Light.