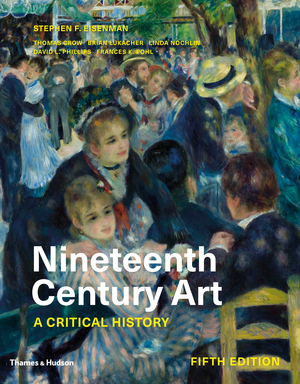 Still authoritative, now in full color throughout, Nineteenth Century Art, Fifth Edition retains its hallmark attention to issues of class and gender, reception and spectatorship, racism and Eurocentrism, popular and elite culture, and the question of the canon. The new edition is more student-friendly, with new chapter overviews to show the big picture, discussion questions, and an updated design.

Linda Nochlin (1931–2017), described by The New York Times as the “inventor of feminist art history,” was Lila Acheson Wallace professor emerita of modern art at the New York University Institute of the Fine Arts. She wrote extensively on issues of gender in art history and on 19th-century Realism. Her numerous publications include Women, Art and Power; Representing Women; Courbet; and Mise`re.

Frances K. Pohl is the Dr. Mary Ann Vanderzyl Reynolds Professor of Humanities and Professor of Art History at Pomona College in Claremont, California. She received her Ph.D. from the University of California, Los Angeles. Since moving to Pomona in 1985, she has taught a wide variety of courses in nineteenth- and twentieth-century North American art. Her work has focused on the art of the United States, in particular the work of Ben Shahn, about whom she has written two books, and the relationship between the visual arts and working-class culture. Professor Pohl has taught in the United States for many years, but her Canadian origins give her a unique continental perspective on American art.