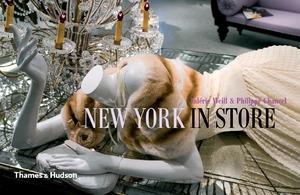 Harry Mathews was born and raised on New York’s Upper East Side but left America for France in 1952 shortly after graduating from Harvard. He has written over a dozen books including the novels Cigarettes, The Journalist, and Tlooth, along with collected stories, The Human Country, and essays, The Case of the Persevering Maltese. Mathews is also the only American member of the Oulipo—the Workshop for Potential Literature—France’s longest, and most active, literary movement. He divides his time between Paris, Key West, and New York.