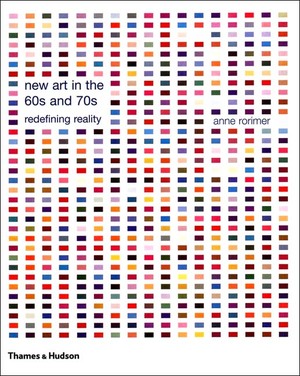 By the end of the 1960s a revolution had taken place in the perception and practice of art in Europe and North America. This book, the first detailed account of developments centered around the conceptual art movement, highlights the main issues underlying visually disparate works dating from the second half of the 1960s to the end of the 1970s. These works questioned the accepted categories of painting and sculpture by embracing a wealth of alternative media and procedures. Traditional two- and three-dimensional representations were supplanted by a variety of linguistic and photographic means, as well as installations that brought into play the importance of presentation and site. Through close examination of individual works and artists, Anne Rorimer demonstrates the pervading desire to redefine the characteristics of what was once accepted as truly visual in order to dispel earlier assumptions and offer other criteria for seeing. Artists whose work is discussed in depth include Robert Ryman, Gerhard Richter, Joseph Kosuth, Lawrence Weiner, Eleanor Antin, John Baldessari, Gilbert & George, Sol LeWitt, Adrian Piper, Bruce Nauman, Vito Acconci, Marcel Broodthaers, Robert Smithson, Daniel Buren, and Michael Asher. Forerunners of the period such as Jasper Johns, Robert Rauschenberg, Andy Warhol, Frank Stella, Piero Manzoni, Joseph Beuys, Allan Kaprow, and Fluxus are also included. 303 illustrations.