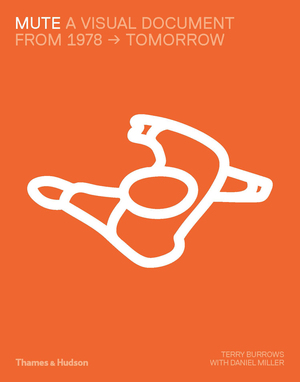 Mute is one of the most revered and influential indie labels of all time. Through the music of its tight-knit community of artists—ranging from Cabaret Voltaire, Nick Cave’s The Birthday Party and Moby to Depeche Mode, Erasure, and Goldfrapp—it has had an incalculable impact on popular music for forty years.

Daniel Miller created Mute to release his debut single (“Warm Leatherette”/ “T.V.O.D.”), a pioneering electronic sound with a defiantly DIY punk attitude. Mute quickly established a reputation for cultivating the experimental, releasing cutting-edge industrial sounds, and chart-topping electronic music by the likes of Depeche Mode and Yazoo. The label was equally at home with the savage punk of Nick Cave’s The Birthday Party and—to critical acclaim—his next outfit, The Bad Seeds. It also proved to be an Internet pioneer, launching the online site Mute Liberation Technologies in 1994.

Mute features stunning artwork and photography—much of it previously unseen—and revelatory behind-the-scenes insights from the vibrant cast who have worked with the label.

Daniel Miller is the founder of Mute Records.