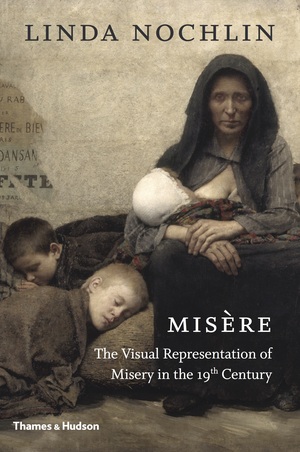 An incisive new piece of scholarship from renowned art historian Linda Nochlin tackling the concept of “misère,” or social misery, as it was reflected in the work of writers, artists, and philosophers in the nineteenth century

In Misere, famed art historian Linda Nochlin reveals how, in the new form of civilization produced by the Industrial Revolution, in which the phenomenal growth of wealth occurred alongside an expansion of squalor, writers and artists of the nineteenth century used their craft to come to terms with what were often new and unprecedented social, material, and psychological circumstances.

Nochlin charts the phenomenon of misery as it was represented in the popular and fine arts of the nineteenth century. Examining work by some of the great intellects of the era—including Dickens, Carlyle, Engels, Hugo, Buret, Disraeli, and de Tocqueville—as well as relative unknowns who were searching for ways to depict new realities, Nochlin draws from a range of sources that include paintings, prints, newspaper illustrations, photography, and a variety of texts: from the account of a day in the life of an eight- year- old mine worker girl to the foundational texts of the field such as Friedrich Engels’s The Condition of the Working Class in England.

What endures in this final book is a fixation with the past as a portal to present misères, whether persistent gender inequalities or economic disparities as extreme as those of the industrial age. Images, she taught us over decades, have a unique capacity to indict those wrongs, and, as artists' representations of others' misfortunes have lately occasioned protests and even calls for destruction, Nochlin reminds us that there is nothing ethical in closing your eyes.