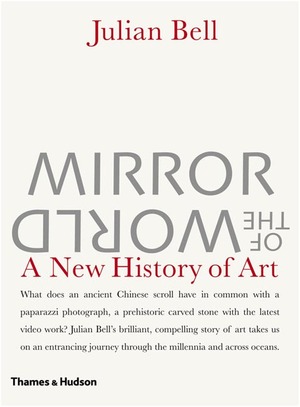 A vivid and compelling history of human artistic achievements, from the first stone fashioned into a figure by a hunter-gatherer to the latest new media and installation work.

With remarkable clarity, Julian Bell tells the story of how art has evolved through the millennia and across the world. He follows the changing trends in the making and significance of art in different cultures, and explains why the art of the day looked and functioned as it did. Key images and objects-some of them familiar works of art; others, less known but equally crucial to the story-act as landmarks on the journey, focal points around which the discussion always centers. Along the way, Bell answers fundamental questions such as "What is art and where does it start?" and "Why do humans make it and how does it serve them?"

Previous histories tended to focus only on the masterpieces of Western art, in the process excluding the work of women or non-Western artists, or else considering developments around the world as separate, unrelated phenomena. Bell's achievement is to take a global perspective, bringing the distinct stories together in one convincing narrative. He draws insightful and inspired connections between different continents and cultures and across the millennia, which results in a rich and seamless introduction to the world of visual creativity.

Hundreds of carefully selected illustrations show how artists from different ages and societies often shared the same formal, technical, and aesthetic concerns, while others took divergent paths when their vision dictated it.

Julian Bell, himself a well-known painter, is the grandson of Vanessa and Clive Bell, key members of the celebrated Bloomsbury group of writers and artists. His books include What is Painting?.

An extraordinary book for any reader.

Julian Bell is a well-known artist, writer, and critic. His work has been widely exhibited in New York and London.