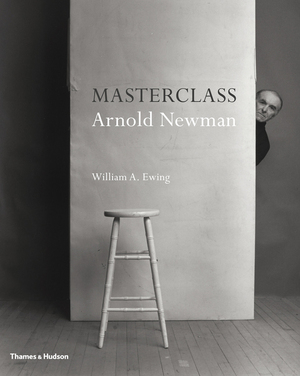 A posthumous retrospective on Arnold Newman’s fascinating career, filled with iconic images as well as photographs seen for the very first time

Arnold Newman (1918–2006) was one of the most productive, creative, and successful portrait photographers of the twentieth century. For nearly seventy years, he applied himself to his craft, and he was rewarded by the regular publication of his work in the most influential magazines of the day. He also had several major solo exhibitions, and his work can be found in prestigious photography collections around the world. A celebration of Newman’s achievements and the first monograph to be published after his death, this book contains more than 200 images, many of which have never before been seen in book form. These include individual and group portraits, as well as landscapes, architectural details, and cityscapes. Published to accompany a touring show opening in Berlin in March 2012, the book features quotes from interviews with Newman, short biographies of his sitters, and essays on this most deeply principled of perfectionists. The mainly black-andwhite photographs showcase Newman’s remarkable talent—with subjects ranging from Truman Capote and Marilyn Monroe to Igor Stravinsky and Gore Vidal—in an homage to a true master of modern photography.

A rich sample of [Newman's] work.

William A. Ewing is an author, lecturer, and curator of photography and former director of the Musée de l’Elysée in Lausanne. His many publications on photography include Edward Burtynsky: Essential Elements and Civilization.