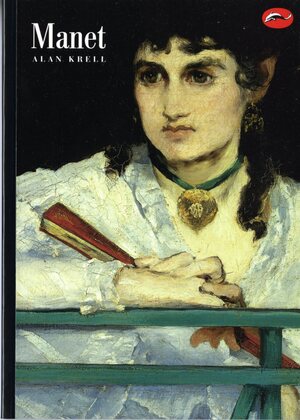 There are some great painters whose influence is confined to the world of painting—others whose impact is felt more widely, who through their art are effectively moral critics, challenging the society in which they live. Manet was one of these. Rejecting the traditional ‘histories’ and ‘mythologies’ that won official acclaim, he turned instead to the life of his own time.

Yet he did not ally himself with the other painters of contemporary life, the Impressionists, preferring to engage with a Realist tradition, and at the same time drawing on the art of the past—Raphael, Titian, Velazquez, Goya - to confront his own age. It was a provocative program and one which baffled the establishment.

In this freshly researched study Dr Alan Krell examines the artist’s known intentions and the critical, sometimes bitterly hostile reception that he encountered. He sets Manet against Impressionists like Monet, Degas and Morisot, and shows how the artist’s progressive social views - on sexuality, on the position of women, on the family—were expressed through a style equally ‘modern’, yet rooted in the European artistic tradition.