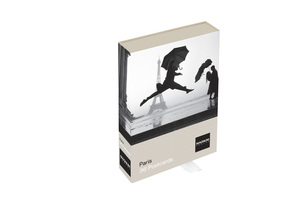 Magnum Photos marks its 70th anniversary in 2017. Thames & Hudson has enjoyed exceptional commercial success and critical acclaim in its collaborative ventures with Magnum, notably with Magnum Magnum and Magnum Contact Sheets, which have combined sales of over 200,000 copies to date across eleven languages. With their 70th anniversary in 2017, Magnum Photos has entered into an exclusive agreement with Thames & Hudson for the creation of a range of paper-based gift products. Created with Magnum’s full involvement and collaboration, and with each product aimed at either the active photographer or those who simply love great photography, these beautifully produced gifts will connect the Magnum brand with a greater global audience than ever before.