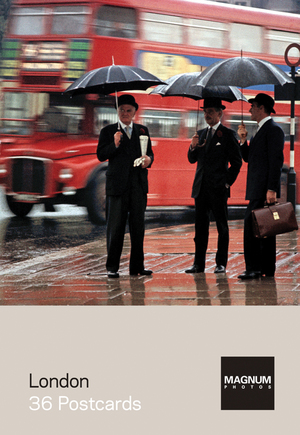 Thames & Hudson has enjoyed exceptional commercial success and critical acclaim in its collaborative ventures with Magnum, notably with Magnum Magnum and Magnum Contact Sheets. With their 70th anniversary in 2017, Magnum Photos has entered into an exclusive agreement with Thames & Hudson for the creation of a range of paper-based gift products. This set features thirty-six unique postcards, each featuring a London scene captured by a Magnum photographer.