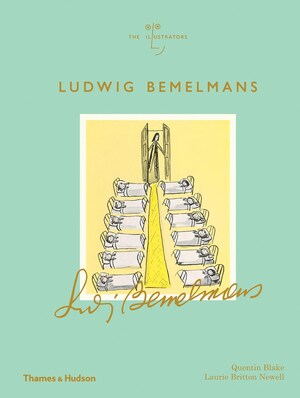 An inaugural title in a new series showcasing the most significant illustrators of the modern era, this book explores the work of Ludwig Bemelmans.

Recognized most widely as the creator and illustrator of the beloved children’s classic Madeline, Ludwig Bemelmans (1898-1962) also wrote and illustrated a number of other children’s books, novels, short stories, and travel books. His illustrations were frequently featured on the cover of the New Yorker throughout the 1940s and 1950s.

As an artist, Bemelmans documented life as it went on around him, all the while inventing stories and characters from his vivid imagination and lively personality. His illustrations for the Madeline series are reminiscent of the work of Henri Matisse, Pablo Picasso, and Raoul Dufy, but possess a unique style that has resonated with readers around the world since the first book was published in 1939.

A title in the new series, The Illustrators, which celebrates illustration as an art form, Ludwig Bemelmans offers a visually rich view into the life and work of this much-loved artist and writer, and includes exclusive sketches and photographs from the Bemelmans archive that have never been previously published.

Laurie Britton Newell is a curator who works across contemporary art, craft, and design in the US and Europe.