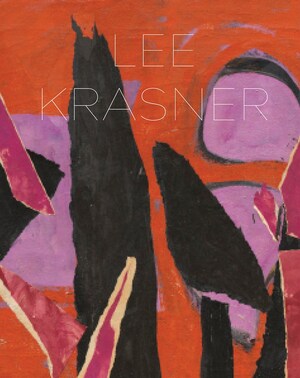 A richly illustrated monograph on the life and work of Lee Krasner, one of the twentieth century’s most inspiring women artists and a pioneer of abstract expressionism.

In 1984, Lee Krasner (1908-1984) became one of the few women artists to have been given a retrospective at the Museum of Modern Art, New York. She quipped about her belated recognition: “I was a woman, Jewish, a widow, a damn good painter, thank you, and a little too independent.” One of the original pioneers of abstract expressionism, Krasner has for too long been eclipsed by her husband, Jackson Pollock. In fact, his death in 1956 marked her renaissance as an artist.

Coinciding with a major exhibition at Barbican Art Gallery, Lee Krasner features an outstanding selection of her most important paintings, collages, and works on paper, contextualized by photography from the postwar period, an illustrated chronology, and an unpublished interview with her biographer Gail Levin. This richly illustrated monograph is a comprehensive survey of the work of one of the twentieth century’s most dynamic artists.

Present[s] Krasner—too often defined as the keeper of her husband Jackson Pollock's legacy—as a vivid colorist inspired by Matisse and Miró.

Though best known for her marriage to Jackson Pollock, [Lee] Krasner emerges here as meriting consideration in her own right…. Krasner was a consummate experimenter, and this aspect of her practice is emphasized…. The book's most noteworthy contribution is its visual impact: full-color images provide a wide-ranging accounting of Krasner's artistic life and show work that is rarely reproduced.

Lee Krasner: Living Colour demonstrates with its ample, well-chosen images what a multifaceted and dexterous painter she was.

Eleanor Nairne is an art historian and curator at Barbican Art Gallery. Her recent exhibitions include “Basquiat: Boom for Real” (2017) and “Imran Qureshi: Where the Shadows are so Deep” (2016).