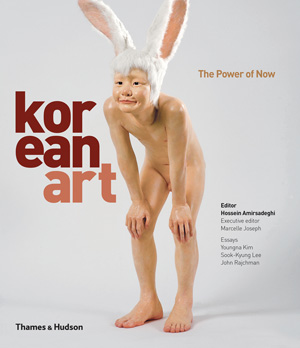 Despite its small geographical size, Korea has perhaps the most sophisticated contemporary art scene in Asia. In recent years, its vibrancy has been lighting up the whole world, with artists such as Do Ho Suh, Kimsooja, Michael Joo, and Koo Jeong-A emerging as major players on the international art scene. This book profiles these and many other acclaimed figures as well as such up-and-coming artists as Lee Yong Baek, Jeon Joohno, and Moon Kyungwon. Interviews with influential curators, like Doryun Chong and Seungduk Kim, as well as the heads of some of the country’s leading arts institutions, round out the text.

The country’s art historical origins are explored within the context of modernist preoccupations inside and outside Korea. Incisive and in-depth essays by leading international scholars Sook-Kyung Lee, Youngna Kim, and John Rajchman serve to make the book a vital resource for both those in the know and readers wishing to acquaint themselves with Korea’s contemporary art scene for the first time.

A thorough portrait of the people and institutions that make Korean art unique and fascinating.

Marcelle Joseph is an independent curator and art consultant based in London.