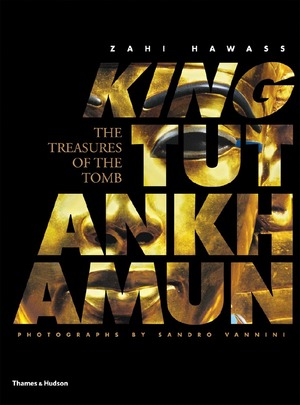 The ultimate book on King Tut and his tomb--the most exciting archaeological find the world has ever known.

The fabulous treasures of Tutankhamun have fascinated the public since their discovery by Howard Carter in 1922. Many books have been written about the boy king and his tomb, but this volume by world-renowned Egyptologist Zahi Hawass provides the reader with a unique perspective on this extraordinary archaeological find. Images by pioneering photographer Sandro Vannini offer distinctive views of almost 200 of the spectacular artifacts found at the burial site.

King Tutankhamun uses carefully selected objects to illustrate the entire ten years of painstaking excavation and documentation carried out by Carter and his team. Organized to follow the chambers of the tomb in the order in which they were excavated, it illuminates the site’s most magnificent artifacts.

An experienced field archaeologist who has made many important discoveries himself, Dr. Hawass imbues the text with his own unique voice, imagining how exploration of the tomb must have felt for Carter and providing invaluable information about the objects. Sandro Vannini’s photographs are extraordinary as well, allowing the objects to be seen in even more detail than is possible with the naked eye.

Zahi Hawass has been secretary general of the Supreme Council of Antiquities, Egypt, and director of excavations at Giza, Saqqara, and the Bahariya Oasis. Over his career he has made many major archaeological discoveries, of which the most spectacular are the tombs of the pyramid builders at Giza, the Valley of the Golden Mummies, and the identification of the mummy of Queen Hatshepsut.

Sandro Vannini is an acclaimed Italian photographer who has worked closely with Zahi Hawass over the years.