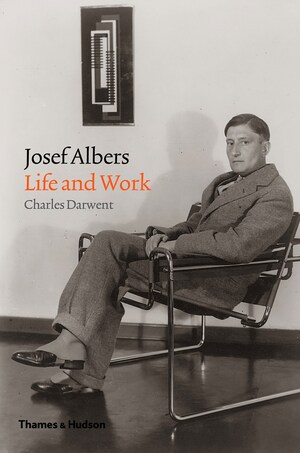 The first full-scale biography of the great 20th-century artist, craftsman, and thinker Josef Albers, whose influence is still felt today.

Drawing on extensive unpublished archival writings, documents, and illustrations, this is the first full-scale biography of one of the 20th-century’s great artists.

In his accessible study of the “whole” Albers, Charles Darwent combats the fables while telling the fascinating story of an artist, friend, and intellectual.

Among Albers’s unpublished papers are letters from friends John Cage, Robert Rauschenberg, Richard Serra, and Eva Hesse, as well as fans and collectors ranging from the composer Virgil Thomson to the cartoonist Saul Steinberg. If his network of influence was surprisingly wide, so too, were his interests. He started life at the Bauhaus as a glass-maker and went on to create fonts, to run their famous wallpaper workshop, and to make furniture whose designs are still in production eighty years later. He pioneered the study of color at Black Mountain College in North Carolina, and chaired the design department at Yale University. While books have been written about Albers for specialist audiences, this new volume fulfills the clear need for a more general study.

A gripping biography of a German artist unjustly pigeonholed as the creator of interminable variations of pictures of squares… Darwent draws extensively on Albers's previously unpublished writings and drawings to fully capture the artist's life… Sympathetic and generously illustrated.

Charles Darwent's biography gives the German-born American artist and teacher his due [and] makes a strong case for an artist who was not as recognized as fellow Bauhaus teachers Wassily Kandinsky, Paul Klee and Lyonel Feininger… Darwent emphasizes the poetic yearning that hides within Albers's scientific-seeming experiments, most notably in his "Homage to the Square" paintings… A gruff yet caring teacher, a ladies' man and a daily Mass-going Catholic, both jealous of and generous with his peers, Albers steps convincingly from these pages.

Charles Darwent is a writer and regular contributor to The Guardian, the Art Newspaper, Apollo, and the Times Literary Supplement and was the Independent on Sunday‘s chief art critic from 1999 to 2013. His biography Josef Albers: Life and Work was described by Tate Modern director Frances Morris as “lively, lucid, compelling and revealing.