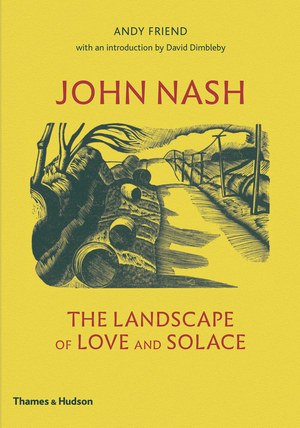 A long-overdue biography of John Nash, a major British artist of the twentieth century, tracing his connections, affinities, and influences.

Having created some of the most memorable paintings of the First World War, John Nash (1893–1977) had a long career that spanned more than sixty years and saw both world wars. A highly versatile artist whose unique vision still resonates today, Nash produced landscape paintings in oil and watercolor and was also an illustrator, cartoonist, wood engraver, and arguably the nest botanical draftsman of his era. Despite his lack of formal training, he was held in high regard by his contemporaries—including Walter Sickert, Charles Ginner, Dora Carrington, and his brother, Paul Nash—but it was Nash’s wife, Christine Kühlenthal, who played perhaps the most critical role in the artist’s career.

Revealed here for the  first time through her letters and journals is Kühlenthal’s influence on Nash’s career during their long, sometimes tumultuous marriage. Drawing on original research and revealing hitherto untold events that impacted Nash’s life, this book examines the artist’s personal and working relationships and provides a fascinating, intimate narrative of love, tragedy, and the pursuit of solace. Compelling and long- overdue, this biography and rediscovery of a major twentieth-century British artist brings into focus the life and work of John Nash.

Andy Friend is a Ravilious expert and co-curator of Ravilious & Co. at Towner Art Gallery in Eastbourne, UK.