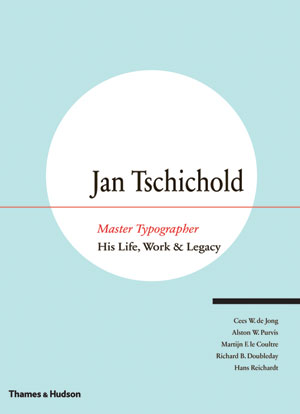 The most complete study ever of this major figure in modern graphic arts.

Few have left a deeper impression on the world of typography than Jan Tschichold (1902-1974), one of the most outstanding and influential designers of the twentieth century. Not only was he a master in his field, but he also lectured on the subject, wrote a number of highly influential books, and designed many classic typefaces, including the best-selling Sabon.

This substantial volume places Tschichold’s vision firmly in the rich cultural and historical context of his era. In his introduction, Cees W. de Jong offers an overview of Tschichold’s life and times, while the other contributors discuss the designer’s major influences and innovations, including his seminal poster design, groundbreaking work with Penguin Books, and later reappropriation of classical typography.

Superbly illustrated with archive photographs and examples of Tschichold’s work, the book confirms de Jong’s assertion that “Tschichold’s heritage lives on in the digital age, proving that he is among the greatest typographic designers ever, his influence still being visible in the world of typography to this day.” The essays are by Jorre Both, Stefanie Burger, Martijn F. Le Coultre, Richard Doubleday, and Alston W. Purvis.