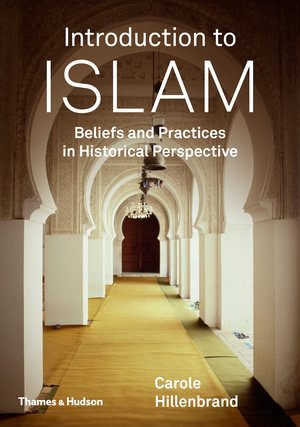 A comprehensive history of Islam and the diverse beliefs and practices of Muslims, written by one of the most eminent historians of Islam working today

Carole Hillenbrand, long acknowledged as a preeminent authority on Islam, has now written a superb introduction to this great world religion, a book that promises to be the most lucid, nuanced text of its kind on the market. Beginning with the life of Muhammad, Hillenbrand firmly establishes in historical and global context the beliefs and ideals of Muslims and the branches and movements within the faith. Rather than portraying Islam as a monolithic entity, Hillenbrand emphasizes its diversity and variety. Featured chapters include, but are not limited to: Law, Diversity, Sufism, Jihad, and Women. Finally, a concluding chapter on Islam in the globalized twenty-first century is bound to appeal to instructors and students alike.

Since 9/11, there has been a dramatic increase in the number of texts focusing on Islam and Muslims in the contemporary world, but high-quality references (like this one) are always a welcome addition…Recommended for high school students, undergraduate introductory courses on Islam, and general readers interested in the subject …

Carole Hillenbrand is an eminent authority on Islam. She is currently Professor Emerita in Islamic History at the University of Edinburgh and Professor of Islamic History at the University of St Andrews. She has previously taught at Dartmouth College, NH and Washington University in St. Louis, MO. In 2005 she was the first non-Muslim to be awarded the King Faisal International Prize for Islamic Studies, and in 2009 she received the Order of the British Empire in the New Year’s Honors List for Services to Higher Education. She has written a number of books on the subject, including the internationally successful The Crusades: Islamic Perspectives, and has published more than sixty articles on aspects of Islamic history and thought.