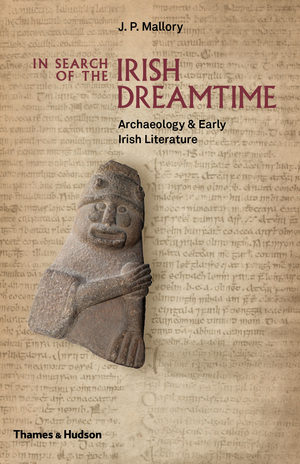 Following his account of Irish origins drawing on archaeology, genetics, and linguistics, J. P. Mallory returns to the subject to investigate what he calls the Irish Dreamtime: the native Irish retelling of their own origins, as related by medieval manuscripts. He explores the historical backbone of this version of the earliest history of Ireland, which places apparently mythological events on a concrete timeline of invasions, colonization, and royal reigns that extends even further back in time than the history of classical Greece. The juxtaposition of traditional Dreamtime tales and scientific facts expands on what we already know about the way of life in Iron Age Ireland.

By comparing the world depicted in the earliest Irish literary tradition with the archaeological evidence available on the ground, Mallory explores Ireland’s rich mythological tradition and tests its claims to represent reality.

J.P. Mallory is an Irish-American archaeologist, a world expert on ancient linguistics, and Emeritus Professor at Queen’s University Belfast. He is the author of In Search of the Indo-Europeans, and coauthor of The Tarim Mummies. He lives in Belfast.