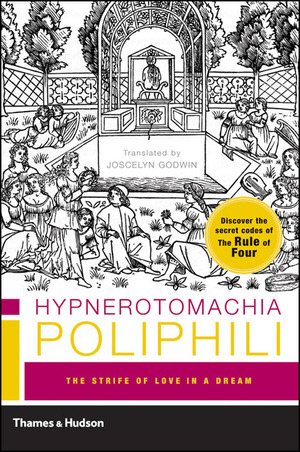 The book that inspired Ian Caldwell's bestselling The Rule of Four—discover the secret codes of the best-selling novel!

One of the most famous books in the world, the Hypnerotomachia Poliphili, read by every Renaissance intellectual and referred to in studies of art and culture ever since, was first published in English by Thames & Hudson in 1999.

In 1592 an attempt was made to produce an English version but the translator gave up. The task has been triumphantly accomplished by Joscelyn Godwin, who succeeds in reproducing all its wayward charm and arcane learning in language accessible to the modern reader.

Joscelyn Godwin is Professor of Music at Colgate University. He has written books on the seventeenth-century occult philosophers Robert Fludd and Athanasius Kircher, as well as on the history of theosophy and on the spiritual dimension of music.