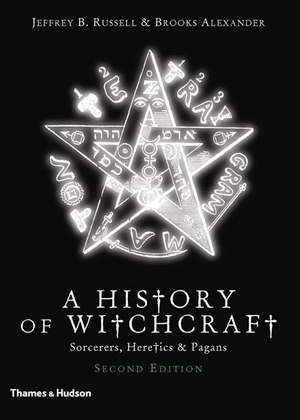 For nearly thirty years, Jeffrey B. Russell's authoritative book has been the one illustrated history to which anyone interested in this subject could turn with confidence. Now, in collaboration with Brooks Alexander, who has himself conducted innovative research in the field, this classic book has been fully revised, with an updated introduction and bibliography, new information throughout, and an extended account of witchcraft from ancient times to the present day.

Drawing comparisons between modern sorcery and that of the ancient world, the book shows how the European witch craze in the sixteenth and seventeenth centuries developed out of a combination of ancient sorcery and medieval Christian heresy, paganism, folklore, scholastic theology, and inquisitorial trials. Whether the diabolical witchcraft for which men and women went to the stake ever existed is open to question. What matters more is that it was believed to exist by intellectuals and peasants alike.

Jeffrey B. Russell is Professor of History at the University of California, Santa Barbara.

Brooks Alexander is the author of Witchcraft Goes Mainstream and has written numerous articles on witchcraft and neo-paganism and their effect on contemporary religious movements. He lives in Texas.