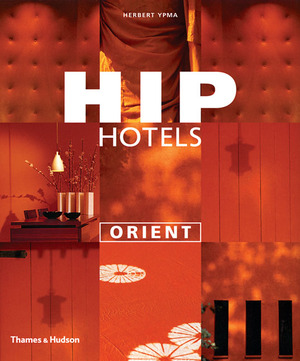 Sublime landscapes, rich cultures, ancient traditions, and startling modernity: Hip Hotels Orient promises to be Herbert Ypma's most exciting book to date. The Orient has held sway over the Western imagination since the days of Marco Polo and Genghis Khan. And that remains true in the twenty-first century, even if the world to the east of the Mediterranean is today a very different place, where potent symbols of age-old culturesminarets, bazaars, Buddhist monks in saffron robesexist alongside bold expressions of modernity and futuristic style. These are some of the most extraordinary Hip Hotels yet. Live like a maharajawith a maharajain the Umed Bhawan Palace in Rajasthan, a splendid art deco fantasy designed between 1929 and 1932. This enormous palace, bigger than Washington's Capitol Building, is still home to the former Crown Prince and his family. Or stay in a guest villa of King Sihanouk, now the setting for Cambodia's sophisticated new Aman hotel, which is the perfect place to unwind after days spent exploring the incredible temples of nearby Angkor. In the Himalayan kingdom of Bhutan, the hotly anticipated hilltop hotel by the team behind London's Metropolitan promises a fusion of sleek contemporary style with the vivid detailing of one of the last pristine mountain cultures on the planet. One of the most remarkable projects here is the Commune by the Great Wall, a highly innovative development by an all-star cast of Asian design talent in a stunning location beside China's most famous ancient monument. Or visit Benesse House on the remote Japanese island of Naoshima, a Zen-like retreat dedicated to the display of contemporary art. Designed by Tadao Ando, an architect renowned for his pared-down places of worship, it is an intensely spiritual destination that has become a site of modern pilgrimage. 500 illustrations, 350 in color.

Herbert Ypma is a bestselling author and photographer whose groundbreaking HIP Hotels series inspired an entirely new genre of travel publishing. His many other books include RSVP: Simple Sophistication, Effortless Entertaining and Amazing Places Cost Nothing.