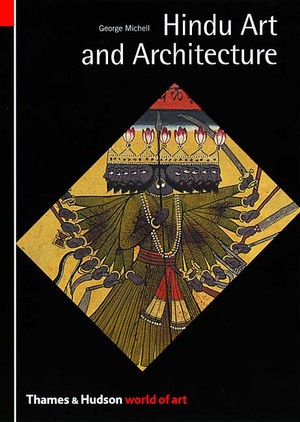 The art of Hinduism constitutes one of the world's great traditions, as alive today as when the first images of Hindu gods were fashioned out of stone more than two thousand years ago. George Michell's invaluable survey looks at the entire period, covering shrines consecrated to Hindu cults as well as works of art that portray Hindu divinities, semidivine personalities, and mythological narratives. Michell outlines the development of Hinduism and the principal iconic forms of its pantheon (the symbolic basis for Hindu religious architecture), and explains the system of royal patronage that led to the construction of so many temples and the commissioning of their attendant works of art. Then, in a broad chronological sweep, he demonstrates artistic continuities down to the present day in the different regions of the country, confirming the vibrancy of the visual world of Hinduism. The illustrations include Mamallapuram and other great temples, profound and beautiful works of sculpture such as Shiva dancing the eternal dance of creation and destruction, and exquisite paintings of the loves of Krishna. 185 illustrations, 100 in color.