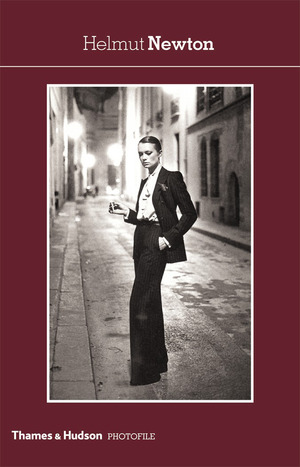 From his early work for Vogue to his portraits of the rich and famous, Helmut Newton conveyed a unique vision of a wealthy and glamorous world that often shocks but never ceases to fascinate.

Helmut Newton (1920-2004) was born in Berlin. He lived and worked all over the world and was one of the most internationally famous and controversial photographers of his time. His shots of haute couture and the beau monde are instantly recognizable, having appeared in virtually every major magazine in Europe and the United States.

About the series: The classic Photofile series brings together the best work of the world's greatest photographers in an attractive format and at a reasonable price. Handsome and collectible, the books are produced to the highest standards. Each volume contains some sixty full-page reproductions printed in superb duotone, together with a critical introduction and a full bibliography. Now back in print, the series was awarded the first annual prize for distinguished photographic books by the International Center of Photography.

We need more than ever photographers who can both stimulate and shock. Which is reason to celebrate this seminal book, now back in print.